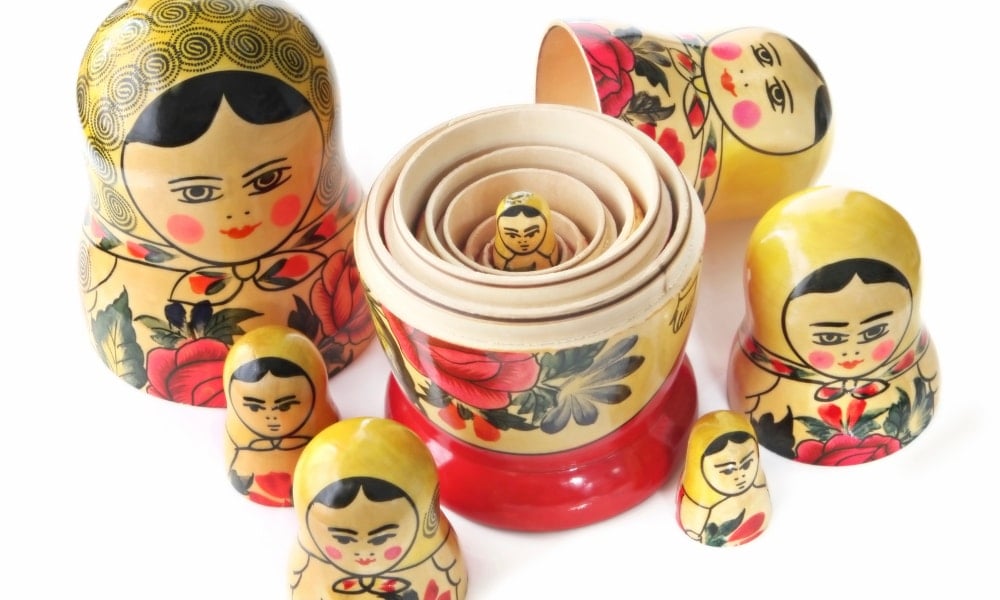 Simple is good, right? If you want to get something, the direct approach is best.

Yes, simple is good, but simplistic is not. Many times the straightforward approach gets you exactly the opposite of what you actually want.

The world we live in is complex, largely unknown (to each individual in it), and full of feedback loops and consequences, some of which take effect long after the action that set them in motion. As a result, the best way to get what you want over the long term may actually be to work on something else in the shorter term.

A classic example from business history may help illustrate the kind of thing I’m talking about. Back in the old days – the 1970s and 1980s – manufacturing companies were trying desperately to decrease their raw material and in-process inventory. Those were the days of high inflation, and all that inventory was costing them enormous amounts of money. As a result, the bean counters declared war on manufacturing inventories in order to decrease company expenses and improve profitability. In the short term, they succeeded in their goal; but that wasn’t the end of the story. Their working inventories dramatically reduced, those same companies started running out of key components in the middle of a production run. The shortages led to whole production lines being shut down. Products weren’t available to deliver, or sell. So, even though inventory holding costs decreased, sales and revenue decreased more. In short, it was a disaster.

Eventually, manufacturing experts realized that if they really wanted to solve this problem they needed to see beyond immediate – or first-order – actions and consequences, and incorporate second-, third- and nth- order consequences into their analysis. Importantly – and this took a very long time to take hold because it sounded so crazy – these experts asserted that companies’ initial focus shouldn’t be on inventories at all. What they needed to manage was time, and not materials. Thus was just-in-time manufacturing born, which revolutionized manufacturing processes worldwide.

The same principle applies to many, many areas of your personal finances. The best – perhaps the only – way for you to reach some of your long-term goals may to be to look inside the box inside the box. In other words, you need to think through nth-order consequences of your original actions and plan accordingly.

Nowhere is this general concept more applicable than in the complex interactions of cash flow, risk management, and investment goals. Take the example of Aaron, a young investor who, having realized how important it is to begin investing early, brings his whole savings to us and wants to invest the entire amount in an aggressive portfolio. He has heard, of course, that an aggressive portfolio will return more than a conservative one over the long run, and so that is what he wants. It seems very straightforward. Unfortunately, it isn’t.

As a young investor, Aaron doesn’t have any real experience with how long the “long term” really can be when it comes to investing. He probably hasn’t even been an adult for 10 years, so he can’t emotionally grasp how very, deeply difficult it is to stay invested through a prolonged and scary market downturn. Things have largely gone well in his life so far, so he can’t even imagine a scenario in which he is so desperate for cash that all thought of the potential long-term return is lost and he is willing to throw in the towel on his initial investing goal, no matter that right now is the worst possible time to do just that. He has never looked back with regret on a situation in which his short-term situation seemed so overwhelming that all thought of long-term gain simply disappeared in a fog of fear and need.

Because he doesn’t yet have personal experience with these things, it is truly difficult for Aaron to anticipate the second- and third-level consequences of his plan. As a result, he has a hard time believing me when I tell him that, if he wants to invest for the long term – and especially if he wants to invest aggressively for superior long-term returns – the first thing he needs to do secure his short-term finances. That typically means having a healthy emergency fund as well as a solid current cash flow plan to more than adequately meet his ongoing living needs. Absent those two safeguards, I believe Aaron’s chances of achieving his long-term investing goals are only fair, at best.

The Importance of Supporting Positions

The most brilliant investment strategy in the world won’t benefit you at all if you can’t stomach it over its intended horizon. It’s not enough for you to have good intentions. You need to actively prepare for the circumstances that you can reasonably anticipate might derail you, and then actively insure against them. And you have to do that now, before the inevitable crisis occurs.

The first of these, of course, is a simple emergency fund. An emergency fund is probably a cheaper and more effective portfolio risk reduction tool than most fancy black swan, tale-of-the-risk-curve investment risk reduction strategies. Why? Because while most ‘black swan’ events dramatically impact portfolio pricing (i.e., volatility), they do not necessarily decrease long-term returns more than the cost of insuring against them. In other words, they are unpredictable, nasty, experiences that you are probably better off just getting through rather than trying to avoid altogether. Your emergency fund helps you do that. Return should never be the primary goal of your emergency fund. The goals here are availability and stability of capital. It just needs to be there for you when everything else in the world has gone haywire.

The second critical supporting cast member to your long-term investment strategy is a robust current cash flow plan. This is the discipline that gives you the ability and confidence to leave your long-term portfolio alone and invested for the long term. The fact is that most of us don’t need a crisis-level event to give us incentive to raid our investment portfolios. Of course, eventually, you will want to draw down on your portfolio – that’s why you’re saving and investing – but subjecting a portfolio to ad hoc and capricious withdrawals along the way is very different from a well-thought-out portfolio withdrawal strategy when you retire. Over the years I have watched clients use their investment portfolios as ‘go to accounts’ for current – and sometimes very large – unanticipated cash needs, and I can assure you that the performance of those portfolios always suffers materially in comparison with other portfolios. Why? First, because either we end up keeping a lot of cash in the portfolio to accommodate short-term withdrawals – which is a drag on performance – or because we end up selling investments at inopportune times.

To be sure, understanding and managing your near-term cash flow, which includes savings for known but large cash outlays as well as savings for smaller, unanticipated cash needs doesn’t feel as exciting as investing. But believe, me, it’s just as important. Think about this: at the most extreme point in the 2008-2009 financial crisis, Warren Buffett wasn’t worrying about how he was going to be able to afford his next hamburger and coke. He could focus on the long term precisely because he wasn’t worried about surviving the short term. You don’t have to be as wealthy as Warren to be able to make it through the next investment crisis with the same kind of long-term focus that he uses to his advantage.

Image by Robyn Mackenzie from Shutterstock