Changing Your Financial Lifestyle for the Better 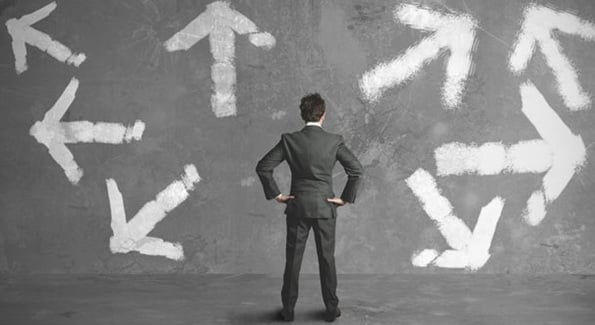 “Faced with the choice between changing one’s mind and proving that there is no need to do so, almost everyone gets busy on the proof.” — John Kenneth Galbraith

Financial Success Is a Lifestyle Choice

Achieving your long-term financial goals is as much about a healthy financial lifestyle as it is about money. The availability of money alone will never be sufficient. That is amply demonstrated by the fact that the overwhelming majority of all lottery winners declare bankruptcy within several years of acquiring what should be enough money to last them a lifetime.

Yet rather than change ourselves and our own behaviors, most of us persist in the belief that all we need to do is find the one “special investment” or “secret program” that will effortlessly deliver the results we want. We believe in financial miracles – and the charlatans who peddle them – because we fear looking in the mirror. We fear taking responsibility for our lives. It is, after all, always easier to blame someone else for our disappointments than it is to accept responsibility for them. Mostly, however, I believe we fear the changes that we would have to make if we did take charge of our own financial lives.

There are many, many reasons why people fear change in their financial lives, even in the face of overwhelming evidence that it will lead to a better future. One of the most powerful of those reasons is something I call “nexus thinking.” Nexus thinking is when someone says “Sure, I’d like to make a change to X – but I can’t do that because it would mean that I would also have to change Y and Z. And I can’t (or don’t want to) change Y and Z so I can’t change X after all.”

Our lives consist of a warp and weft of interconnected and interrelated elements. We live, in other words, in a nexus of people, things, thoughts, actions, causes, and effects. And when one element in that nexus changes, other elements must also adjust. Individuals who exhibit nexus thinking, however, are unable or unwilling to examine their assumptions about the nexus or consider changes in other nexus elements that would enable the change they seek. Rather than seeing the nexus as dynamic, flexible and robust, they believe that it is fragile and immutable. To such individuals, it appears that making a single change is going to destroy large parts of their life. And that’s why they resist change.

One of my favorite examples of nexus thinking surfaced when we realized that my parents, who had been living by themselves, were going to need better personal support as they aged. A local Assisted Living Center was beautiful, spacious, and seemed like the perfect solution. My mother, however, wouldn’t even consider the move – in spite of the fact that she wanted and knew she needed the additional help.

We tried to broach the subject with her on a number of occasions; and each time she promptly shut down the conversation. At one point, however, after my Dad had suffered a health setback, it became clear to everybody that something was going to have to change. This time I insisted that Mom talk to us about how to we were going to provide better care for Dad. Why wouldn’t she even consider a move to Assisted Living? It was close by, well-staffed, nicely appointed, etc. Finally, after lots of back and forth, she blurted out, “But what about all of my things? I don’t want to get rid of all of my things!”

Lightbulb moment! You see, in my mother’s experience, a pre-requisite for moving into Assisted Living was selling one’s house and dramatically downsizing one’s household. That is what she had seen her friends do. It wasn’t actually the move to Assisted Living that she objected to; it was the thought of letting go of the house she loved and the things that she and Dad had spent a lifetime acquiring – not to mention two additional generations of inherited artifacts in the basement.

As soon as she exposed her nexus thinking, however, it was clear how to solve the problem. “Mom,” I said, “don’t worry about the stuff. We don’t have to sell the house. Everything can stay right here. You can come back and stay in the house when we’re in town and there’s someone around to help. But in-between those times, it will be easier for you and Dad to be in the Assisted Living Center. Think of it as your new vacation home!”

I admit that the ‘vacation home’ analogy never really stuck, but we finally got Mom to make the change. We kept the house and her stuff – something she hadn’t even considered as a possibility – and Mom & Dad got better care in Assisted Living between visits from family. Mom’s assumptions about the nexus cause-and-effect were wrong, but we also made changes to the nexus that she hadn’t even considered. And that made all the difference.

The next time you really want to change but are feeling stuck, think about the nexus elements that may be holding you back. What (assumed) consequences are holding you back? Are your assumptions about those consequences really true? (How) could you make other adjustments that would compensate for the real (or imagined) negative implications of your primary change goal? Remember: the nexus can either inhibit change or facilitate it. It’s up to you.

Image by alphaspirit.it from Shutterstock