A Tale of Two Winners 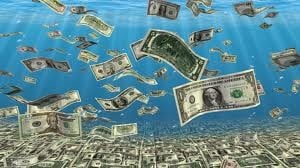 If one believes the rhetoric coming out of Washington these days, it would seem that money in the United States – however you measure it, either income or wealth – floats around in an economic ether and is somehow “distributed” in mysterious, unpredictable, and arbitrary ways. Some people – the so-called “rich” or “well off” – get lucky and end up with more than their fair share. Others, through no fault of their own, are left having to make due with economic crumbs. This state of affairs, the thinking goes, is deeply unfair, not only because the lucky few are presumed to have done nothing to warrant their wealth, but perhaps even more so because the victims are presumed to be powerless to escape their fate.

But is the economic system we live in really so random? In particular, are people – Americans, at least – really that helpless when it comes to shaping their economic futures?

I try to be a realist. But in the world I live in – and the one in which I have worked with clients and their money for quite some time now – people have an enormous amount of control over their current and future economic well-being. Nobody needs to be a victim if they don’t want to be. It’s not perfect, of course. There is always the possibility of calamity, of truly bad luck. But in my experience at least, people are far and away more likely to fail to meet their goals because of circumstances that they control than they are to fail because of events over which they have no control whatsoever. Personally, I think that’s cause for optimism.

Nowhere I know is this general state of affairs more clearly evident than in the case of people who do truly “get lucky” and win the lottery. It can be quite instructive to compare different cases where an individual’s own actions absolutely, positively determined his or her own future. Same “luck,” but different personal choices and dramatically different outcomes.

Take the case of Sharon Tirabassi. When she won the lottery in 2004, she did what many people in her shoes instinctively do: she lived out her fantasy of how she imagined “rich people” behaved. First, she gave lots of the money away: $1 million to her parents and $1.75 million to her siblings. Her sister wanted more, and when that didn’t happen, eventually stopped talking to Sharon. Sharon also went on trips, frequently taking friends. Sometimes she didn’t bother to take clothes along. She simply bought what she wanted to wear at her destination.

She also bought houses and cars, including a custom Hummer. She rented a place for her children’s babysitter but got into trouble with the landlord when the babysitter trashed the house, let her cats overrun the place, and had loud parties. The landlord took her to small claims court.

People claiming to be distant relatives in need of support came out of the woodwork, looking for handouts. At first she gave them money, but eventually stopped when it “became ridiculous”. People got angry with her when she began to ignore their supplications.

By 2007 she had blown through all but $750,000 of the money. She finally sat down with a financial professional to try to make sense of things. Today she’s pretty much back to her pre-lottery life. The good news is that at least some of her winnings ended up in trust for her 6 children.

Now consider the case of Sandra Hayes, whose 2006 after-tax winnings totaled a little over $6,000,000. Like Sharon, Sandra initially indulged some of her material fantasies. She bought a large home, a boat, and the Escalade she had always wanted. But there her story diverges from Sharon’s.

Sandra paid off her student loans and her existing mortgage. She was also very clear-headed when it came to dealing with all the individuals who showed up at her doorstep wanting a handout. She tells of a neighbor who approached her with a hard luck story and a plea for help: the neighbor said she was three years behind on her taxes and was going to lose her house unless she could come up with the money immediately. How did Sandra respond? That evening she signed on to the county tax collector’s web site and checked the status of her neighbor’s tax bill: it turned out that she was fully paid up. So Sandra printed out a copy of the report, highlighted the relevant parts, and sent it to the neighbor. Apparently she didn’t hear back. Of these encounters, she said:

“I had to endure the greed and the need that people have, trying to get you to release your money to them. That caused a lot of emotional pain. These are people who you’ve loved deep down, and they’re turning into vampires trying to suck the life out of me.”

Most importantly, Sharon reports being the same person whe was before winning the lottery (though one with a bigger house). She has most of her money invested. She still likes to fish. She gives herself an allowance and sticks to it, shopping at discount stores and trying to get the best value for her money.

“I know a lot of people who won the lottery and are broke today,” she said. “If you’re not disciplined, you will go broke. I don’t care how much money you have.

You can read more about Sharon’s and Sandra’s personal journeys here.

The True Meaning of Rich

Were both of these women lucky? You bet. Were they victims of their environment? It doesn’t look like that to me. They both faced similar challenges after their lottery win. Sandra, who was “down-to-earth” and disciplined before winning the lottery, quickly settled down to being practical and disciplined with her winnings. She was able to leverage her good fortune to permanently change her material circumstances, while acknowledging that her new wealth didn’t change the way she thought about herself or other people.

Sharon, on the other hand, tellingly said that having the lottery money never seemed like “real life” to her. To Sharon, “rich” meant being somebody she hadn’t been before; doing exotic things; spending for the sake of spending; giving away money without much thought. “That’s the way I was brought up,” she said. “Help those who can’t help themselves.” Over the long run, each woman’s material circumstances came to reflect her own individual behavior, despite her windfall. Sandra is prosperous – or “rich” – because she exhibits “rich” behaviors. Sharon went back to being “poor” because that’s the only way she knows how to deal with money.

There’s an important lesson to be learned from (dozens of) cases just like Sharon’s: giving people money will never make them prosperous, aka “rich.” “Rich” is a state of mind and a way of life. People who learn “rich” behaviors almost inevitably accumulate wealth; people who do not are almost certain to blow through any amount of money that is given to them without using it wisely or retaining any of it.

Sharon’s definition of “rich” is an illusion, though it is an illusion that many people share. Tragically, the behaviors that she thinks of as belonging to the rich are actually behaviors that are destined to make you poor. Sandra, on the other hand, is a walking advertisement for the wealth-building lifestyle first so clearly described in the financial classic, “The Millionaire Next Door.” So what are those not-so-secret traits of the typical millionaire? The basics have been well understood for many years:

What About Those Greedy Capitalists?

If the stories of Sharon and Sandra illustrate anything, it is that greed is a trait quite abundant beyond the realms of the rich (however you define the term). In both of their cases, individuals who barely knew them showed up asking – in come cases demanding and expecting – a handout. Some reacted belligerently when, despite Sharon’s and Sandra’s generosity, they didn’t get as much as they wanted. The poor, it seems, are as greedy as the rich, if not more so.

Interestingly, Max Weber, the great social philosopher, argued long ago that although greed and gluttony are ancient human vices, to be found in all societies and at all times throughout history, they are less pronounced in societies with developed capitalistic practices. Here’s what Weber says:

“Unlimited greed for gain is not in the least identical with capitalism, and is still less its spirit. Capitalism may even be identical with the restraint, or at least a rational tempering, of this irrational impulse.”

There are a number of reasons Weber cites in favor of this argument. The most important of them is that, as any investor knows, one must have capital in order to invest. The Sharons of the world, those who are driven to spend every penny they get their hands on, will never have anything left over to invest. In contrast, capitalists must show spending restraint. They must be willing to forego at least some of their desire for current consumption in return for the possibility of future gains. Such restraint is both difficult and quite unnatural for many people, but it is the fuel of economic progress. And it acts as a natural inhibitor to greed because people learn to “say no” to their unlimited desires for economic goods.

The second reason that Weber cites for capitalism itself being a constraint on greed is that it is largely a system of systematic, and ongoing, economic interaction. As such, it requires both trust and an acceptance of all parties involved that their gain from participating in it is greater than their loss by not participating. Bluntly stated, if a company gets too greedy and leaves its customers feeling ripped off, it’s not going to be in business very long. If that same company pays below-market wages, its workers are going to bolt for other jobs. On the other hand, if markets are free, and people have economic choices, then no one can afford to get too greedy.

At the end of the day, is there any amount of money that society could have given Sharon in order to change her circumstances? I don’t think so. Sharon needs to change her behavior be-fore her economic circumstances can improve. On the other hand, who among us can resent Sandra’s prosperity? She’s smart, and practical, and generous – and she deserves to keep the money she’s decided not to give away. Redistributing Sandra’s money to Sharon is not going to help either one. Washington, are you listening?